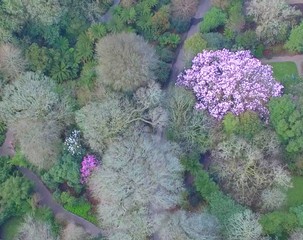 A lyrical story of the people, plants and place. Trengwainton Garden near Penzance sits within the ancient Penwith landscape - it's story has never been told. Now managed by the National Trust, a house has been situated on the grounds since at least the 16th century. With stunning panoramic aerial photography and specially commissioned music score, the documentary has been filmed over 3 years with unprecedented access. Come on a seasonal journey of discovery and explore the history and heritage of this remarkable garden and the people who have left their legacy on the land. There will be a short film on the history of horse logging before the main film, along with a Q & A session with the director. FLIC Charity Film Festival will be raising funds for Access Theatre, Launceston First Aid Responders and Launceston Town Band.